We all use it, you used it when you entered here - The HTTP Protocol. If you are a developer there is a high chance that you are dealing with HTTP. It is so easy to write a web app nowadays. If you code let’s say in Java, you can just slap some Spring Boot dependencies, @RestController here @GetMapping there and BOOM - you’ve got a working application that communicates through HTTP. But how does it work under the hood?

Why am I writing this?

I work as a developer in a team that provides integration with the infrastructure to our apps. I’ve debugged through HTTP Server quite a few times. I also deal with distributed systems that communicate through HTTP. However, I still feel that I don’t know that much about the internals of HTTP. And what is the better way to learn how HTTP works than to build server by myself?

The plan is NOT to a create production-grade “unconditionally compliant” RFC2616 HTTP server, because there are lots of them right now that have already proven to be great, like Tomcat or Undertow. I want to implement parts that interest me, especially communication. I could just read the RFC and study code of existing HTTP Servers, but the code is not that easy to understand and it’s more fun to build it ourselves and learn by mistakes. I also want to focus on things that can go wrong. If you know 8 fallacies of distributed computing you know that things will go wrong, so my idea is to test some scenarios on a simple server that we can understand.

Probably the best idea would be to write it in C because it is as close to the kernel as it can get but eventually, I want to build abstractions on top of it, so I’ll go for higher level language. I mostly code on JVM, therefore the natural choice is Java, but I prefer Kotlin due to multiple reasons that were already discussed online. I hope that extra syntax won’t be a problem to understand the bigger picture. I also want to explore more low-level abstraction available in JDK, those are often very well hidden behind walls of frameworks.

The codename is “Not A Production HTTP Implementation”, in short - NAPHI (with silent H!).

HTTP is a stateless protocol built on top of TCP/IP. When you are entering a website, your browser connects to a server and send a request like “please give me a website under some address” or “please save my privacy preferences”. The server then processes request and answers with a response like “here is HTML representation of website” or “OK, I updated your preferences”.

Currently, the newest version is HTTP/2.0, but at first we will implement parts of HTTP/1.1 because it’s much easier and well known. I hope we will eventually implement some parts of HTTP/2.0.

Let’s build a server that will respond with status code 200 (OK) and body of the legendary “Hello, World!” phrase.

We can now go to http://localhost:8090 in our browser and there we go, we’ve got a website! 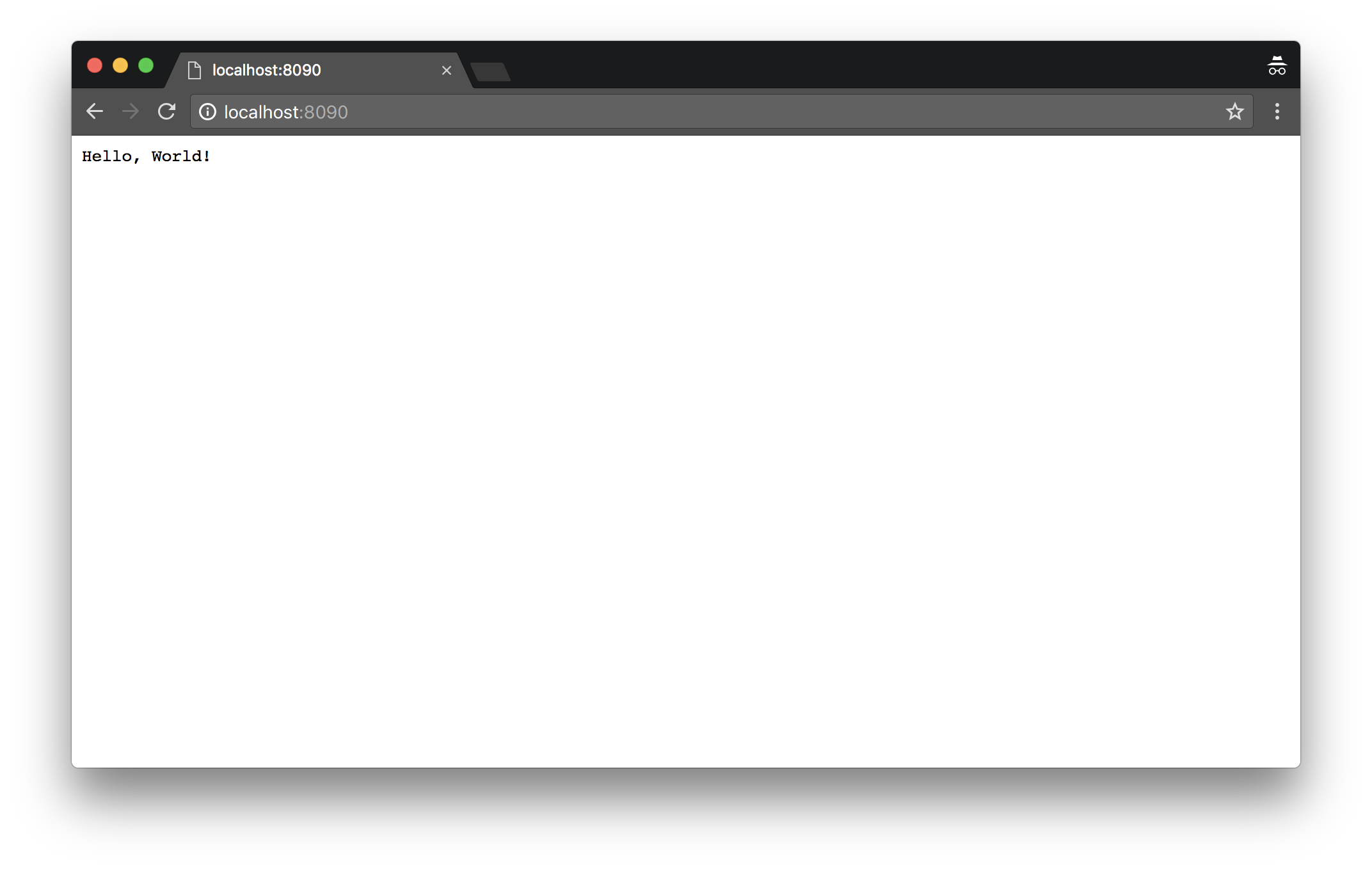 Let’s review that. Firstly, we created an instance of java.net.ServerSocket which created a socket to listen to incoming connections (1). Then after we received a connection (new socket) (2), we read a line from a buffered stream (3). After that, we printed to the output stream the response (4) and closed a socket (the use {} block is equivalent of Java’s try-with-resources) (5).

The Server is run on another thread (6), but it isn’t multithreaded itself. In my opinion, it’s easier to use from the user perspective, which I will show later.

Sadly, there is also a lot of try catching, we have to be careful. We have to make sure that errors from handleConnection(Socket) are logged and ignored. Otherwise, error from single request could blow up the whole server - it would stop listening to other connections. handleConnections() should also be wrapped in try-catch, because we are running it in ExecutorService. It will not log an exception by itself.

What is a Socket?

A Socket is an interface for receiving and sending data over a network. When we create a Socket, we actually create a file descriptor (FD). A file descriptor is a special handler for I/O operation on I/O resources like files or network. On Linux, we can check FD under the /proc/PID/fd/ path.

There are different kinds of sockets, HTTP is a protocol over TCP so we will be using SOCK_STREAM

To run a server we would:

It is a bit easier on the client side:

Normally I would choose Groovy + Spock, but I don’t really like the integration with Kotlin code. I would like to use Kotlin Test, but I can’t stand that I cannot run a single test from IDE. I will stick to Kotlin + JUnit + AssertJ for now. I may replace it later.

To test our server, we have to use an HTTP Client. Usually, I would use a wrapper like RestTemplate or Retrofit, because of nicer API, but let just use bare bone HttpURLConnection from JDK. It’s a nice occasion to explore how it works.

Thanks to the fact that our server is listening on connections on another thread, we can start it and immediately make a request. Otherwise, we would have to start it in executor service. This may not be a problem now, but we will save some code later with multiple tests.

We managed to build a simple HTTP server! The next step would be to look at our implementation and see what is going on when multiple connections are established.

The code for this part is available on my Github.